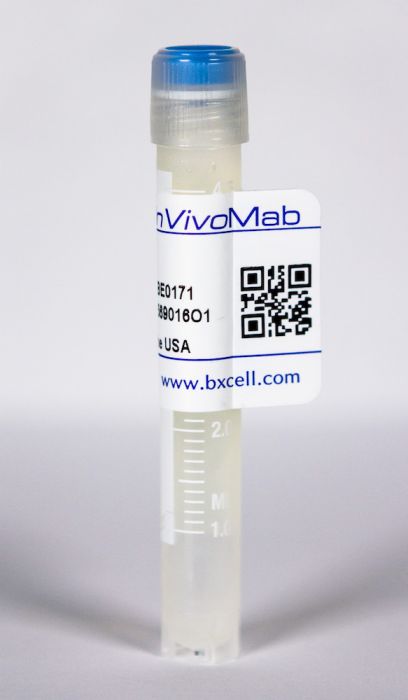 The RMT4-53 monoclonal antibody reacts with mouse T cell immunoglobulin and mucin domain 4 (TIM-4), a phosphatidylserine-binding receptor and member of the Ig superfamily. TIM-4 is preferentially expressed on antigen-presenting cells. TIM-4 is thought to enhance the engulfment of apoptotic cells and play a role in regulating T cell proliferation. The RMT4-53 antibody has been shown to block TIM-4 in vitro and in vivo.

Dendritic cells (DCs) are the central architects of the immune response, inducing inflammatory or tolerogenic immunity, dependent on their activation status. As such, DCs are highly attractive therapeutic targets and may hold the potential to control detrimental immune responses. TIM-4, expressed on APCs, has complex functions in vivo, acting both as a costimulatory molecule and a phosphatidylserine receptor. The effect of TIM-4 costimulation on T cell activation remains unclear. In this study, we demonstrate that Ab blockade of DC-expressed TIM-4 leads to increased induction of induced regulatory T cells (iTregs) from naive CD4(+) T cells, both in vitro and in vivo. iTreg induction occurs through suppression of IL-4/STAT6/Gata3-induced Th2 differentiation. In addition, blockade of TIM-4 on previously activated DCs still leads to increased iTreg induction. iTregs induced under TIM-4 blockade have equivalent potency to control and, upon adoptive transfer, significantly prolong skin allograft survival in vivo. In RAG(-/-) recipients of skin allografts adoptively transferred with CD4(+) T cells, we show that TIM-4 blockade in vivo is associated with a 3-fold prolongation in allograft survival. Furthermore, in this mouse model of skin transplantation, increased induction of allospecific iTregs and a reduction in T effector responses were observed, with decreased Th1 and Th2 responses. This enhanced allograft survival and protolerogenic skewing of the alloresponse is critically dependent on conversion of naive CD4(+) to Tregs in vivo. Collectively, these studies identify blockade of DC-expressed TIM-4 as a novel strategy that holds the capacity to induce regulatory immunity in vivo.