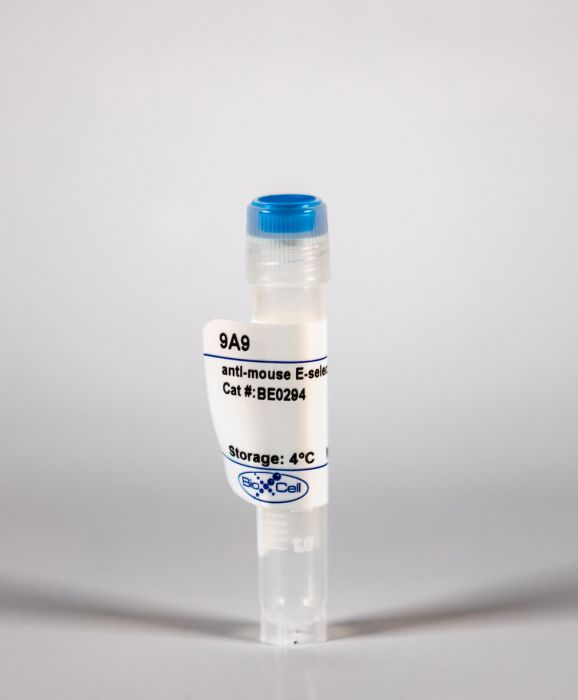 Immune protection relies on the capacity of neutrophils to infiltrate challenged tissues. Naive tissues, in contrast, are believed to remain free of these cells and protected from their toxic cargo. Here, we show that neutrophils are endowed with the capacity to infiltrate multiple tissues in the steady-state, a process that follows tissue-specific dynamics. By focusing in two particular tissues, the intestine and the lungs, we find that neutrophils infiltrating the intestine are engulfed by resident macrophages, resulting in repression of Il23 transcription, reduced G-CSF in plasma, and reinforced activity of distant bone marrow niches. In contrast, diurnal accumulation of neutrophils within the pulmonary vasculature influenced circadian transcription in the lungs. Neutrophil-influenced transcripts in this organ were associated with carcinogenesis and migration. Consistently, we found that neutrophils dictated the diurnal patterns of lung invasion by melanoma cells. Homeostatic infiltration of tissues unveils a facet of neutrophil biology that supports organ function, but can also instigate pathological states.

Endothelial E- and P-selectins mediate lymphocyte trafficking in inflammatory processes by interacting with lymphocyte selectin ligands. These are differentially expressed among different T cell subsets and function alone or in cooperation to mediate T cell adhesion. In this study, we characterize the expression and functionality of E-selectin ligands in Th type 17 lymphocytes (Th17 cells) and report that CD43 functions as a Th17 cell E-selectin ligand in vitro that mediates Th17 cell rolling on the vascular endothelium and recruitment in vivo. We demonstrate Th17 cells express CD44, P-selectin glycoprotein ligand (PSGL)-1, and CD43. Few PSGL-1(-/-)CD43(-/-) Th17 cells accumulated on E-selectin under shear flow conditions compared with wild-type cells. CD43(-/-) Th17 cell accumulation on E-selectin was impaired as compared with wild-type and PSGL-1(-/-), and similar to that observed for PSGL-1(-/-)CD43(-/-) Th17 cells, indicating that CD43 alone is a dominant ligand for E-selectin. Notably, this finding is Th17 cell subset specific because CD43 requires cooperation with PSGL-1 in Th1 cells for binding to E-selectin. In vivo, Th17 cell recruitment into the air pouch was reduced in CD43(-/-) mice in response to CCL20 or TNF-alpha, and intravital microscopy studies demonstrated that CD43(-/-) Th17 cells had impaired rolling on TNF-alpha-treated microvessels. Furthermore, CD43(-/-) mice were protected from experimental autoimmune encephalomyelitis and had impaired recruitment of Th17 cells in the spinal cord. Our findings demonstrate that CD43 is a major E-selectin ligand in Th17 cells that functions independent of PSGL-1, and they suggest that CD43 may hold promise as a therapeutic target to modulate Th17 cell recruitment.

Activated T cell migration into nonlymphoid tissues is initiated by the interactions of P- and E-selectin expressed on endothelial cells and their ligands on T cells. P-selectin glycoprotein ligand-1 (PSGL-1) has been the only E-selectin ligand demonstrated to function during the in vivo migration of activated T cells. We show in this study that CD43-deficient Th1 cells, like PSGL-1-deficient cells, exhibited reduced E-selectin-binding activity compared with wild-type cells. Th1 cells with a PSGL-1 and CD43 double deficiency showed even less E-selectin-binding activity. In migration assays in which adoptively transferred cells migrate to inflamed skin P- and E-selectin dependently, CD43 contributed significantly to PSGL-1-independent Th1 cell migration. In addition, in vivo activated T cells from the draining lymph nodes of sensitized mice deficient in PSGL-1 and/or CD43 showed significantly decreased E-selectin-binding activity and migration efficiency, with T cells from double-deficient mice showing the most profound decrease. Collectively, these results demonstrate that the CD43 expressed on activated T cells functions as an E-selectin ligand and thereby mediates T cell migration to inflamed sites, in collaboration with PSGL-1.

E-selectin, an inducible cell adhesion molecule expressed on endothelial cells, mediates the rolling on endothelium of leukocytes expressing E-selectin ligands, such as neutrophils and activated T cells. Although previous studies using mice lacking P-selectin glycoprotein ligand-1 (PSGL-1) have indicated that PSGL-1 on Th1 cells functions as an E-selectin ligand, the molecular nature of E-selectin ligands other than PSGL-1 remains unknown. In this study, we show that a 130-kDa glycoprotein was precipitated by an E-selectin-IgG chimera from mouse Th1 cells. This protein was cleaved by O-sialoglycoprotein endopeptidase and required sialic acid for E-selectin binding. The mAb 1B11, which recognizes the 130-kDa glycoform of CD43, recognized the 130-kDa band in the E-selectin-IgG precipitate. In addition, immunoprecipitation of the E-selectin-IgG precipitate with 1B11 depleted the 130-kDa protein, further confirming its identity as CD43. CD43 was also precipitated with E-selectin-IgG from cultured human T cells. E-selectin-dependent cell rolling on CD43 was observed under flow conditions using a CD43-IgG chimera generated in Chinese hamster ovary cells expressing alpha-1,3-fucosyltransferase VII and a core 2 beta-1,6-N-acetylglucosaminyltransferase. These results suggest that CD43, when modified by a specific set of glycosyltranferases, can function as an E-selectin ligand and therefore potentially mediate activated T cell migration into inflamed sites.

On inflamed endothelium selectins support neutrophil capture and rolling that leads to firm adhesion through the activation and binding of beta 2 integrin. The primary mechanism of cell activation involves ligation of chemotactic agonists presented on the endothelium. We have pursued a second mechanism involving signal transduction through binding of selectins while neutrophils tether in shear flow. We assessed whether neutrophil rolling on E-selectin led to cell activation and arrest via beta 2integrins. Neutrophils were introduced into a parallel plate flow chamber having as a substrate an L cell monolayer coexpressing E-selectin and ICAM-1 (E/I). At shears >/=0.1 dyne/cm2, neutrophils rolled on the E/I. A step increase to 4.0 dynes/cm2 revealed that approximately 60% of the interacting cells remained firmly adherent, as compared with approximately 10% on L cells expressing E-selectin or ICAM-1 alone. Cell arrest was dependent on application of shear and activation of Mac-1 and LFA-1 to bind ICAM-1. Firm adhesion was inhibited by blocking E-selectin, L-selectin, or PSGL-1 with Abs and by inhibitors to the mitogen-activated protein kinases. A chimeric soluble E-selectin-IgG molecule specifically bound sialylated ligands on neutrophils and activated adhesion that was also inhibited by blocking the mitogen-activated protein kinases. We conclude that neutrophils rolling on E-selectin undergo signal transduction leading to activation of cell arrest through beta 2 integrins binding to ICAM-1.

Noninflamed skin venules support constitutive leukocyte rolling. P-selectin controls the rolling frequency, whereas E-selectin dictates rolling velocity (Vroll). Fucosylated selectin ligands are essential for all interactions, as rolling was absent in mice doubly deficient in alpha1,3-fucosyltransferase (FucT)-IV and FucT-VII. The rolling fraction was reduced in FucT-VII-/- animals but normal in FucT-IV-/- mice. However, Vroll was markedly increased in both strains. P-selectin ligands generated by FucT-VII are crucial for initial leukocyte tethering, whereas E-selectin ligands that permit maximum slowing of Vroll require simultaneous expression of FucT-IV and FucT-VII. These results demonstrate a role for FucT-IV in selectin-dependent adhesion and suggest that the endothelial selectins and FucTs have distinct but overlapping functions in the immunosurveillance of the skin.

A pulmonary Cryptococcus neoformans (Cne: strain 52D, ATCC24067) infection model in mice was used to examine the possible role for T cell-mediated immunity in regulating vascular adhesion molecules on lung endothelium during development of granulomatous inflammation. Resolution of pulmonary Cne infection in C.B-17 mice begins by Day 14 following intratracheal inoculation and depends on T cell-mediated recruitment of monocytes followed by their activation. C.B-17 scid/scid (SCID) mice mount a less exuberant pulmonary inflammatory response, recruit fewer monocytes into their lungs, and fail to clear the infection. Recruitment of leukocytes into infected tissue is mediated by both the interaction of adhesion molecules expressed on the surface of activated vascular endothelial cells with ligands on circulating cells, and the directed response of these leukocytes to chemotactic factors. The kinetics of expression of the endothelial cell adhesion molecules E-selectin, vascular cell adhesion molecule-1 (VCAM-1) and intercellular adhesion molecule-1 (ICAM-1), all previously shown to regulate monocyte recruitment, were examined in the lungs of infected C.B-17 and SCID mice during pulmonary infection to determine if T cells were necessary for their upregulation. Immunohistochemical analysis showed that upregulation of E-selectin, VCAM-1, and ICAM-1 did not differ significantly between C.B-17 and SCID mice at any time during infection. Maximal expression in C.B-17 and SCID mice was noted between Days 5 and 7 for all three molecules and preceded maximal influx of leukocytes into the lung. Thus, the inability of SCID mice to recruit optimal numbers of monocytes into infected lungs was not the result of a failure to express the critical adhesion molecules early in infection, but likely reflected absence of immune dependent chemotactic factors.

Rat CINC induced a dose- and time-dependent accumulation of neurophils into murine air-pouches, a response which was inhibited by two selective H1-antagonists, mepyramine and triprolidine (approximately 60%). As pretreatment with fucoidin abolished CINC effect, the relative time-related contribution of selectins on this process was then investigated by using specific monoclonal antibodies (mAb). Anti-CD62L mAb gave a similar degree of inhibition of CINC-induced cell accumulation both at the 2h and 4h time-point (approximately 75%). Anti-CD62P mAb, but not the anti-CD62E mAb, inhibited PMN accumulation at 2h (65%), but only co-administration of these two mAbs inhibited the cell response to CINC at the 4h time-point (90%). Thus endogenous histamine, CD62L, CD62P, and CD62E, though to a different degree, are required for PMN extravasation observed in response to CINC administration.