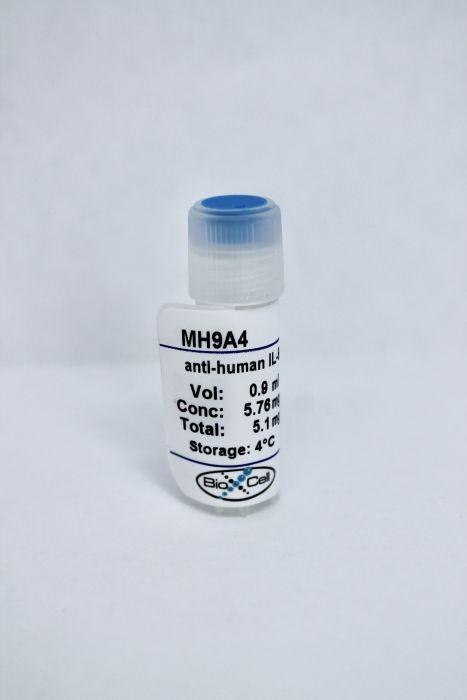 Th9 cells produce interleukin (IL)-9, a cytokine implicated in allergic asthma and autoimmunity. Here we show that Itk, a mediator of T cell receptor signalling required for Th2 immune responses and the development of asthma, is a positive regulator of Th9 differentiation. In a model of allergic lung disease, Itk-deficient mice show reduced pulmonary inflammation and IL-9 production by T cells and innate lymphoid type 2 cells (ILC2), despite normal early induction of ILC2s. In vitro, Itk(-/-) CD4(+) T cells do not produce IL-9 and have reduced levels of IRF4 (Interferon Regulator Factor 4), a critical transcription factor for effector T cell function. Both IL-9 and IRF4 expression are rescued by either IL-2 or constitutively active STAT5, but not NFATc1. STAT5 binds the Irf4 promoter, demonstrating one mechanism by which IL-2 rescues weakly activated T cells. Itk inhibition also reduces IL-9 expression by human T cells, implicating ITK as a key regulator of Th9 induction.

CD226 costimulatory signals strongly promote Th1 differentiation, enhancing IFN-gamma production by naive T cells. We recently reported that knockdown of CD226 on human T cells resulted in a decrease in T-bet and IFN-gamma expression. However, the role of CD226 on Th2 and Th17 cells remains unknown. In this study, we found that CD226 and its ligand CD155 were decreased on Th2-polarized naive T cells, whereas both were highly expressed under Th17 conditions. Most IFN-gamma- and IL-17-producing cells expressed high levels of CD226, but production of IL-13 did not correlate with CD226 expression. CD226 knockdown by lentiviral transduction resulted in increased STAT-6 phosphorylation, enhanced GATA3 expression, and consequently higher production of IL-4 and IL-13. Under Th17 conditions, CD226-depleted cells showed slightly impaired IL-17 secretion, suggesting that CD226 contributes, in part, to IL-17 production but is dispensable for Th17 cell generation. In line with these results, CD226 blockade with neutralizing Abs efficiently inhibited T cell activation and proliferation and production of IFN-gamma and IL-17, whereas IL-13 secretion remained functional. Taken together, our results establish an important role for CD226 in differentially regulating the proinflammatory (Th1/Th17)/anti-inflammatory (Th2) balance, suggesting that the CD226/CD155 interaction could potentially be targeted in therapeutic approaches to human autoimmune diseases.

Interleukin-9 (IL-9) is a T cell cytokine that acts through a gammaC-family receptor on target cells and is associated with inflammation and allergy. We determined that T cells from mice deficient in the T helper type 17 (T(H)17) pathway genes encoding retinoid-related orphan receptor gamma (ROR-gamma) and IL-23 receptor (IL-23R) produced abundant IL-9, and we found substantial growth inhibition of B16F10 melanoma in these mice. IL-9-blocking antibodies reversed this tumor growth inhibition and enhanced tumor growth in wild-type (WT) mice. Il9r(-/-) mice showed accelerated tumor growth, and administration of recombinant IL-9 (rIL-9) to tumor-bearing WT and Rag1(-/-) mice inhibited melanoma as well as lung carcinoma growth. Adoptive transfer of tumor-antigen-specific T(H)9 cells into both WT and Rag1(-/-) mice suppressed melanoma growth; this effect was abrogated by treatment with neutralizing antibodies to IL-9. Exogenous rIL-9 inhibited tumor growth in Rag1(-/-) mice but not in mast-cell-deficient mice, suggesting that the targets of IL-9 in this setting include mast cells but not T or B cells. In addition, we found higher numbers of T(H)9 cells in normal human skin and blood compared to metastatic lesions of subjects with progressive stage IV melanoma. These results suggest a role for IL-9 in tumor immunity and offer insight into potential therapeutic strategies.

BACKGROUND: Allergic diseases are believed to be due to T helper (Th)2-like immunity to allergens in affected tissues, and immune responses to allergens are characterized by a cross-regulation between Th1 and Th2 cells. Atopic individuals may develop IgE antibodies to only one or more allergens. However, the mechanisms behind sensitization to a specific allergen, e.g. why an individual develops IgE to cat but not birch, are not known. Our aim was to study birch- and cat-induced Th1 and Th2 cytokine secretion in children who were sensitized to birch but not to cat, and vice versa. MATERIALS AND METHODS: The subjects in the study were 60 12-year-old children. Seventeen of the children were sensitized (skin prick test and circulating IgE positive) to birch but not cat, 13 were sensitized to cat but not birch, 11 were sensitized both to birch and cat, and 19 children were skin prick test and circulating IgE negative. Forty-six children had a history of atopic symptoms, and 42 of them had current symptoms. Peripheral blood mononuclear cells were separated from venous blood and stimulated with cat or birch allergen. The levels of IL-4, IL-5, IL-9, IL-10, IL-13 and IFN-gamma in the cell supernatants were analysed by ELISA. RESULTS: Sensitized children produced more of the Th2 cytokines IL-4, IL-5, IL-9 and IL-13 than non-sensitized atopic and non-atopic children in response to stimulation with the allergen they were sensitized to. High levels of the Th2 cytokines IL-4 and IL-5 and low levels of the anti-inflammatory cytokine IL-10 were associated with atopic symptoms, and high cat-induced IL-9 levels with asthma. CONCLUSIONS: The Th2 cytokines IL-4, IL-5, IL-9 and IL-13 were all commonly detected in sensitized children after stimulation with the specific, in contrast to an unrelated, allergen. Atopic symptoms were associated with increased levels of IL-4 and IL-5 and tended to be associated with low levels of IL-10, and asthma with high cat-induced IL-9 levels.